On the buses with Kassel Kerb

Over recent years, Cardiff city centre has undergone a renaissance with significant inward investment driving redevelopment of the area. This is supported by a significant public transport network designed to allow easy access to the city centre and reduce the levels of congestion and pollution within the area. One of the flagships of this re-development has been the Wales Millennium Centre. This was designed by architects, Percy Thomas Partnership (now Capita Percy Thomas) with Arup being awarded the contract for structural and services engineering. The Centre was designed and built as a ‘stage for a nation’ to provide cultural enjoyment for all and showcase creative talent at its best. But it was also designed and built to reflect the ‘spirit of a nation’. Just as Wales’ landscape has inspired creativity and excellence, so too has its culture.

Given the importance of the Centre as a cultural hub for the life of both Cardiff and the Welsh nation, it was essential that access for all users was designed in. This includes access for wheelchair users at all ticket desks along with an integral loop system throughout the public areas for the hearing impaired. Externally a convenient bus boarding location was factored into the design – using materials that would work in the local environment. The Brett Kassel Kerb was specified for these locations to provide the best possible access to the Centre for all users – especially those with limited mobility. Integrated with effective shelters that provide increased comfort to users, Brett Kassel Kerbs have already helped many thousands of visitors since the Wales Millennium Centre was officially opened by Her Majesty Queen Elizabeth II in November 2004. 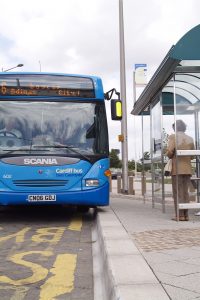